Dawkins: 'Somebody As Intelligent As Jesus Would Have Been An Atheist' 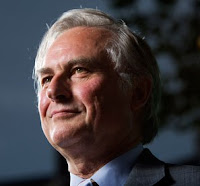 As part of John Harris's National Conversations in The Guardian, Richard Dawkins discusses the accusations that he believes religion to be a 'pernicious virus.'

These types of emotive and provocative statements, argues Harris, have soured many people's opinion of Dawkins.

Dawkins, who has become somewhat of a bogeyman to religious folks, is actually much more accommodating than many give him credit for.

In the following discussion, he concedes to being an agnostic, explains that religious moderates are not the ones who get him riled up, and, in the extended interview, states that somebody as intelligent as Jesus would have been an atheist.

There he goes again with those emotive and provocative statements. But maybe, says Dawkins, these statements are not as emotive as we think they are.

You can listen to a longer version of this interview, which includes Dawkins' statement about Jesus, here.