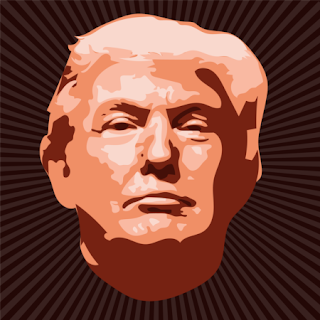 They were the best of people, they were the worst of people.Trump promised excellence. “I’m going to surround myself with only the best and most serious people,” he said in a 2016 interview with The Washington Post. “We want top of the line professionals.”

The rate of turnover in the Trump White House is wholly unprecedented, exceeding that of any other administration in a century — interesting, given Trump’s 2012 tweet ridiculing President Barack Obama for his (much lower) turnover rate:

3 Chief of Staffs in less than 3 years of being President: Part of the reason why @BarackObama can’t manage to pass his agenda.

Reviewing the history of Trump hirings and firings, a pattern emerges. Like some kind of reverse King Midas, every Trump hire is turned from the best person in the world to the absolute worst person ever, in a very short amount of time.
Let’s have a look at some of Trump’s most jarring 180s of the past several months:
Trump on George Papadopoulos
March 2016: “An excellent guy.”
October 2017: “Low level volunteer…who has already been proven to be a liar.”
Trump on Omarosa Manigault Newman
2016: “She’s a wonderful woman…She has done so much for me…she is a fine person…you are amazing. She works so hard, she feels so strongly.”
2018: “Wacky Omarosa…She was vicious, but not smart…nasty…a loser…nothing but problems…a lowlife.”
Trump on Steve Bannon
October 2017: “I have a very good relationship with Steve Bannon. Steve’s been a friend of mine for a long time. I like Steve a lot.
January 2018: “Sloppy Steve Bannon…a dog.” “Poor…a liar.”

There are only a few conclusions we can draw from Trump’s pattern of hiring only the best people who are also really terrible people that he must fire:
Science tells us that those who are most susceptible to bulls**t are less analytic and less intelligent.  (I will leave it up to readers to make any inferences here about Trump’s base.)

Science also tells us that intelligent people are better judges of character. Trump insists he’s a “stable genius” with a high IQ, but, as Stephen Hawking said, “People who boast about their IQ are losers.”

Sorry losers and haters, but my I.Q. is one of the highest -and you all know it! Please don't feel so stupid or insecure,it's not your fault

Trump’s public adulations of several notorious dictators also lends credence to the notion that he’s not very good at judging character. (After all, this is the guy who trusts ex-KGB agents more than he trusts US intelligence.)

Of course, it’s entirely possible that Trump is both a bullsh**ter and a terrible judge of character.  Either way, not the qualities you’d want in, say, the treasurer of your homeowners association, or your pet sitter.
Yet, these are the qualities of the man entrusted to make crucial decisions on the behalf of 322 million American citizens. We have a bullsh**ter, who is also a terrible judge of character, sitting in closed-door meetings with a hostile foreign power.

We may not be able to fire him, exactly, but perhaps those who thought Trump was the best person for the job now see that he is, in fact, the worst. Like so many Trump hires, maybe Trump will be sent packing, disparaged by the once-fawning masses as he walks out the door — a fitting return to civilian life for a man who bullsh**ted his way into the White House.