Why Not? Evolution, Videos & Rockstar Scientists 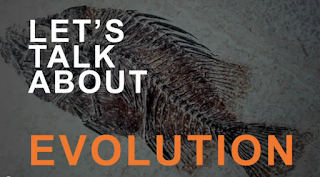 Evolution shouldn’t be controversial. But, in some circles, it is.

That point was driven home earlier this year via, of all things, the Miss USA competition. This year’s competitors were asked whether they thought evolution should be taught in schools. The majority of them either said no, or that creationism should receive equal time in the science curriculum.

Many girls look up to young women like the Miss USA contestants. So when these role models overwhelmingly speak out against evolution education, that’s a problem.

Normally, I would have shaken my head and moved on. But I made the mistake of posting a flippant remark on Twitter. Something to the effect of: “Someone should do something to respond.” I got called on it.

Within hours we had found a small group of scientists and science communicators who were also interested in being involved. Ultimately, there were me and Dave (P.R. guys), Kevin Zelnio, Jamie Vernon and Andrea Kuszewski (scientist/science communicators). We came up with the idea of creating a video, featuring scientists, which would explain evolution and why it is important to teach evolution in schools. We wanted to avoid divisive behavior and name-calling. Instead, we thought we could convey the fact that evolution is an amazing, uplifting discovery that has served as the genesis of countless advances in many fields of science.

Then someone, I think it was Jamie, suggested that we focus exclusively on female scientists. This was a great idea. In addition to talking about evolution, we could highlight positive role models, showing that women can be scientists and researchers, as well as beauty queens.

We contacted tons of great researchers from around the U.S., Canada and the U.K. Most of them turned us down. They’d never heard of us and, after all, they were all successful scientists (which is why we contacted them). But some of them – amazingly – said they’d participate.

After months of collecting video and editing, here it is. It’s the product of a small group of people, working on their personal time, with a budget of zero dollars. It wouldn’t work at all without the videos submitted by brilliant, generous and well-spoken scientists in fields ranging from genetics to anthropology to marine biology.

It’s not perfect, but we did something good here. We did not just roll our eyes.

It’s a good reminder that creative responses to challenging problems don’t come from other people. They come from you, when you stop making excuses and decide to actually do something positive.

So check the video out. And pass it on.