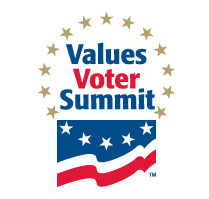 Bill Maher: It Gets Better

Bill Maher's contribution to the It Gets Better Project is really great. It addresses a few things that don't get talked about enough: silent bullying (through being ostracized), and the fact that bullying often has little do do with the person getting bullied.

It also shows that, even though straight folks will never know what it's like to be bullied for being gay, many of us have been bullied for other reasons. However, while the bullying that many straight folks experience is horrible (I know), we can't even imagine what it might be like when exacerbated by religious bigotry, sexual aggression, and familial rejection.

This is where we're failing as parents. We need to encourage our children to not be silent bystanders when bullying occurs. As, Maher mentions, kids do indeed fear that if they get involved the bullying might be turned towards them. But we need to stress to our children that if one kid stands up for a bullied peer, others will almost always join in support.

Every fall, like clockwork, the leaves change, the Red Sox collapse, and the Christian Right starts freaking out about Halloween. 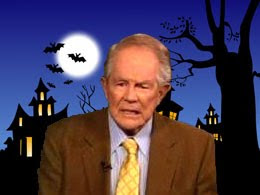 Just last week we revisited a classic example of religious Halloween paranoia. While that one's hard to beat, there's always someone willing to stick their neck out.

On the Sept. 27 broadcast of the 700 Club, Pat fielded a question from a viewer about how Christians should approach Halloween.

He continues: "Halloween is Satan's night! It's the night for the devil! It's the time when witches and goblins...like the dead rising..."

And speaking of zombies, Pat, Christianity has several of the most well-known examples of 'the dead rising' ever. Embrace the zombies, dude.

Back in your casket, Pat. You're scaring the children.

Political events are turning up some doozies this fall. We've seen audience members at GOP debates cheer for executions and dying uninsured citizens. We've also seen them boo US military members who happen to be gay.

At the House of Blues in Los Angeles yesterday, an audience member interrupted President Obama by shouting about Jesus for several seconds before finally claiming that Obama is the Antichrist.

The guy really should have checked Snopes before embarrassing himself like that.

It would be hilarious if it weren't so sad.

Commenting on it would be like shooting fish in a barrel. So I'll let you take a look at it yourself.

It is summarized below, however (in their own words), if you're not a glutton for punishment.


1: “The MPA is anti-LGBT, and represents an attack on LGBT North Carolinians.”
Response: Nothing about the MPA is anti-homosexual—it is simply a defense against an attack on marriage that is being waged by the REAL AGGRESSORS, homosexual activists and their allies, who are seeking to redefine marriage in every state in this nation.

3: “The MPA is a form of religious-based bigotry.”
Response: The MPA is really about protecting the rights to free speech and religious liberty, which, as this accusation shows, are seriously threatened by the legalization of same-sex “marriage.” It will help preserve the ability of the Church to continue to transmit traditional values about sex, gender, and marriage—including what the Bible says about homosexual activity.

4: “The MPA is harmful to the children of LGBT individuals and young people who identify as LGBT.”
Response: The MPA will help to protect all children by maintaining the marital norm for society of one man, one woman that has endured for centuries and is backed up by social science evidence because no other family form can provide children what they need to thrive, or duplicate its benefits for individuals and society. 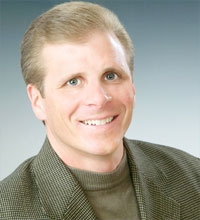 Frank Turek wants to make something clear. The Religious Right doesn't want a theocracy. It just wants its Christian morality enshrined into law.

If you're unfamiliar with Turek, he is an author, TV show host, and leadership trainer. He is perhaps best known as the guy who was fired by Cisco Systems and Bank of America for his public anti-gay tirades. Turek has consulted for a host of Fortune 500 corporations, including Aetna, Coca Cola, CIGNA, Home Depot, and The Hartford. He also appears regularly on TV and radio talk shows, spewing all sorts of anti-LGBT venom.

Turek, like so many Americans, doesn't seem to get it. Morality predates monotheism. Morality can be traced to the behaviors of many social animals (who, it should be noted, do not read The Bible). Morality does not require a religious basis.

See how that works, Frank?