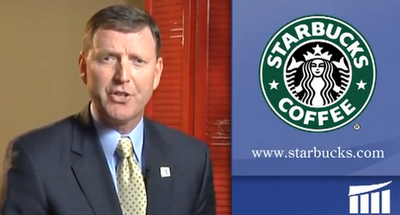 On The Eve Of The Titanic Anniversary, Let's Remember That The Homosexual Agenda Is Like An Iceberg

As we observe the 100th anniversary of the sinking of the Titanic, what could possibly be more apt than a homosexual agenda analogy?

Leave it to Truth in Action Ministries to use the opportunity to force a metaphor.

See, the Titanic is America. And the homosexual agenda is the iceberg. Or something.

Anyway, by adding ominous music and some cinematic flair, it's clear that if Americans don't stop people from being gay, then this naturally occurring formation will prevail over the poorly executed man-made construct. Or something?

We've dedicated a lot of posts here to Rick Santorum. I had considered posting a look back at the insanity that was the Rick Santorum campaign, but I'd honestly rather pound roofing nails into my eye sockets.

Thankfully, the folks at Right Wing Watch pulled together a highlight reel for us.

Enjoy, and pour one out for Rick. Hopefully his improbable rise to possible GOP candidate for the nomination is the closest we will ever come to an American theocracy.