Via The British Humanist Association:

Humanism is sometimes mistaken for another form of religion, or something which is very complex. Here, some well known humanists explain that all humanism really is, is people wanting to live ethical and happy lives, thinking for themselves, without religion imposing its own morals on them which are not necessarily compatible with living ethically today.

The below video, created by the BHA, features Richard Dawkins, AC Grayling, Phillip Pullman, Tim Minchin, and others. 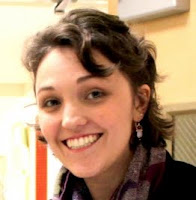 The North Carolina Values Coalition is the new moniker of the anti-LGBT organization Vote For Marriage NC. If you were signed up to receive their 'pro-family' emails leading up to the May 8 vote, you now are receiving emails like the below, signed by Tami Fitzgerald. Same crap, different name.

In the bizarro-world of the NC Values Coalition, the bullies are not those who aggressively discriminate against others because of their sexual orientation. The real bullies, according to this group, are the those who stand up for kids who are made to feel that they are not wanted, who are told that they are "twisted,""audacious,"and unwelcome.

Here is the latest email from the NC Values Coalition, asking that Bible-loving, anti-LGBT individuals support the August 1 Chick-fil-A Appreciation Day by opening their pocketbooks up to the company that funnels millions into anti-LGBT hate groups.

(Note: a protest against the Appreciation Day has been scheduled for the same day -- a National Same-Sex Kiss Day At Chick-Fil-A.)

via Good As You:


DAN CATHY, president and COO of Chick-fil-A:"It's very clear in Romans chapter 1, if we look at society today, we see all the twisted up kind of stuff that's going on. Washington trying to redefine the definition of marriage and all the other kinds of things that we go—if you go upstream from that, in Romans chapter 1, you will see that because we have not acknowledged God and because we have not thanked God, that we have been left victim to the foolishness of our own thoughts, and as result, we are suffering the consequences of a society and culture who has not acknowledged God or not thanked God—he's left us to a deprived mind. It's tragic and we live in a culture of that today."