What Part Of 'Consent" Does Bryan Fischer Not Understand?

Bryan Fischer's latest batshit rant is about how condoning gay marriage will only lead to the legalization of pedophilia and bestiality.  Not that we haven't heard that one before.


It's a common refrain with Fischer.  His Twitter feed is rife with comparisons of homosexuality to pedophilia and bestiality.

The anti-gay spokesman for the American Family Association has this meme he thinks is clever. To support his view that it's perfectly okay to discriminate against LGBT folks, he serves up endless examples of our intolerance of pedophilia and bestiality.

I can't decide if you're willfully ignorant or just an idiot. 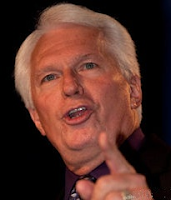 Another day, another batshit quote from the AFA's Bryan Fischer.

In a blog post on the AFA website, Fischer serves up some ideas on fixing Obamacare. The post is titled, Bringing down health care costs so easy a caveman could do it.

Apparently, Fischer is not aware that Neanderthals actually showed "a deep seated sense of compassion."


People need medical care, you will say. Right. People need to eat, too. How long would a grocer stay in business if he was required to offer food to everyone who walked in the door regardless of their ability to pay? He’d be broke in a week, and then nobody would have food.

In the very next paragraph, Fischer actually states the following:

The American people, because of the spirit of Christianity, are the most generous people on earth.

There you have it. Bryan Fischer is not only a terrible human being. As I've stated over and over, he is also the world's least self-aware.


The president of the country's best-known Christian ministry dedicated to helping people repress same-sex attraction through prayer is trying to distance the group from the idea that gay people's sexual orientation can be permanently changed or "cured."

That's a significant shift for Exodus International, the 36-year-old Orlando-based group that boasts 260 member ministries around the U.S. and world. For decades, it has offered to help conflicted Christians rid themselves of unwanted homosexual inclinations through counseling and prayer, infuriating gay rights activists in the process.

This is interesting news for those who have followed Exodus International's history.

Michael Bussee, one of the founders of Exodus, and Gary Cooper, a leader within the ministry of Exodus, left the group to be with each other in 1979. Bussee has since been a long-time critic of Exodus.

In 2007, Bussee, along with Jeremy Marks, the former president of Exodus International Europe, and Darlene Bogle, the founder of Paraklete Ministries, an Exodus referral agency, issued an apology to those who had been misled by Exodus. The three stated that although they acted sincerely at the time of their involvement, their message had caused isolation, shame and fear. The three had, in time, become disillusioned with promoting gay conversion.

"Some who heard our message were compelled to try to change an integral part of themselves, bringing harm to themselves and their families," stated the three in the apology.

Another Exodus Chairman, John Paulk was removed by the board of directors when he was identified drinking and flirting at Mr. P's, a Washington, D.C. gay bar, Paulk was introducing himself to patrons of the bar as "John Clint," a name he had used in his previous life as a hustler in Ohio. Paulk was the author of "Not Afraid to Change; The Remarkable Story of How One Man Overcame Homosexuality," and was on staff with Focus on the Family, where was manager of their Homosexuality and Gender Department.

At the group's annual conference, president Alan Chambers plans to start disassociating himself and his organization from the ex-gay, or conversion therapy, movement.


"I do not believe that cure is a word that is applicable to really any struggle, homosexuality included," said Chambers, who is married to a woman and has children, but speaks openly about his own sexual attraction to men. "For someone to put out a shingle and say, 'I can cure homosexuality' — that to me is as bizarre as someone saying they can cure any other common temptation or struggle that anyone faces on Planet Earth."

That's great news, right? Finally, Exodus admits that ex-gay therapy is a sham and that people don't choose their sexuality. So, what will Exodus International do now? They're through, right? Kaput?

Of course not. If they can't convert the gays, they'll just help them live a lie.


Chambers said the ministry's emphasis should be simply helping Christians who want to reconcile their own particular religious beliefs with sexual feelings they consider an affront to scripture. For some that might mean celibacy; for others, like Chambers, it meant finding an understanding opposite-sex partner.

"I consider myself fortunate to be in the best marriage I know," Chambers said. "It's an amazing thing, yet I do have same-sex attractions. Those things don't overwhelm me or my marriage; they are something that informs me like any other struggle I might bring to the table."

While we can applaud Exodus International's admission that ex-gay therapy doesn't work, it's certainly not much of an improvement to then state that gay people still need to change.


"We appreciate any step toward open, transparent honesty that will do less harm to people," said Wayne Besen, a Vermont-based activist who has worked to discredit ex-gay therapy. "But the underlying belief is still that homosexuals are sexually broken, that something underlying is broken and needs to be fixed. That's incredibly harmful, it scars people."

So, we have moved on from "it's a choice" to "it's not a choice, but it's an affront to God and must be suppressed."

Would The Discovery Of Alien Life Spell Doom For Religion?

The vastness and complexity of the cosmos tends to bolster the faith in a creator for many. Certainly something so intricate and expansive could not have just 'happened.' 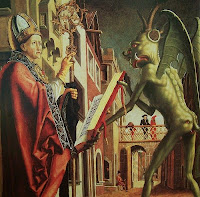 For many others, myself included, the more we learn about the cosmos, the more we question the validity of religion.


The discovery of life beyond Earth would shake up our view of humanity's place in the universe, but it probably wouldn't seriously threaten organized religion, experts say.

Religious faith remains strong in much of the world despite scientific advances showing that Earth is not the center of the universe, and that our planet's organisms were not created in their present form but rather evolved over billions of years. So it's likely that religion would also weather any storms caused by the detection of E.T., researchers say.

Many believers tend to compartmentalize their religion and their understanding of the world. How else would we explain geologists, astrophysicists, and biologists who adhere to a young-earth creationist belief system? (Yes, they do exist.) While this seems inconceivable, it speaks to the power of belief, and the unshakeable nature of faith.

While it is not inconceivable that people of faith could reconcile alien life with their faith, it certainly would seem to raise many questions -- questions that I often wrestled with during my time as a believer:

If we are to make a conservative estimate and say that there are 2 planets in the cosmos with intelligent life, we can extrapolate that there might be three major religions on each planet (if religions even exist on these planets). Considering that humans on earth only stumbled upon monotheism 3000 years ago, and that we have run through numerous deities, it is fair to say that none of these hypothetical alien religions are Christianity, Islam, or Hinduism. What would that mean?

If Christianity is the one true religion, as many Christians will proclaim, did Christ also exist on these other planets?

If Islam is the one true religion, and if Islam doesn't exist on any other planets, are entire worlds of beings destined for Jahannam?

If religions did not evolve on other planets, what does that say about our own religions here on Earth?

Why do our religious texts (many of which are believed to be the word of God) not make any mention of life on other planets? Wouldn't that be a huge omission by an all-knowing creator?

Doug Vakoch, director of Interstellar Message Composition at the SETI Institute in Mountain View, California, doesn't think the discovery of alien life would have much effect on religious belief:

Rather than being shaken to its foundations by the confirmation of life on another planet or moon, organized religion may accept the news, adapt and move on.
Vakoch cited the example of Baptist theologian Hal Ostrander, who is an associate pastor at a church in Georgia.

"Dr. Ostrander is adamantly opposed to evolution, and yet he has no problem with the idea of there being extraterrestrials," Vakoch said. "He says it's as if a couple has one child, and then they decide to have a second child. Is that second child any less special? So too if God decides to have life on our planet, and then another planet, and another planet. It doesn't make us less special."

I especially believe this would be the case for many liberal religious people -- those who have not had any problems reconciling scripture with evolution, for example. These people do not tend to approach the scriptures literally. They understand that the scriptures were written by people with a limited understanding of the cosmos, and that much of the stories in the scriptures are parables, myths, and embellished accounts.

It is the scriptural literalists who may have problems with the news of intelligent life on other planets. If the evolution debate has taught us anything, we might expect them to doubt the science used to confirm intelligent alien life.

Or perhaps such a finding might finally be what allows these folks to evolve their religious views.

I, for one, welcome our new alien overlords.