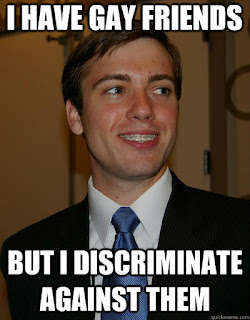 The Facts About Amendment One 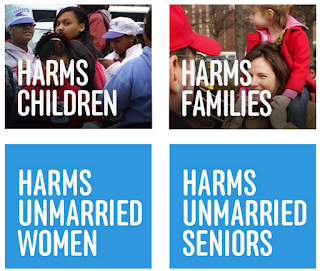 May 8 is upon us, folks, and unfortunately too many North Carolinians are either unaware that there is an amendment vote or confused as to what the amendment would actually do.

The amendment question will appear on the May 8 ballot, and will read as follows:


Constitutional amendment to provide that marriage between one man and one woman is the only domestic legal union that shall be valid or recognized in this State.

Voters will either vote FOR the amendment or AGAINST the amendment. Seems pretty straightforward, right? That's all part of its design.

Like most referendums and ballot questions, most voters read the wording for the first time while they are in the voting booth. People who have no additional information will very likely be voting for something with which they very strongly disagree.

From a PPP poll in late March (emphasis mine):


The marriage amendment which will be on the ballot during the May 8th North Carolina primary continues to lead for passage by 20 points, but if voters are informed of its negative consequences for the potential future passage of civil unions for gay couples, it would narrowly fail.

58% of likely primary voters say right now that they would vote “yes,” while 38% plan to vote “no.” But at the same time, 51% of these voters support some form of legal recognition for gay couples’ relationships, either full marriage or civil unions. 34% of those folks are planning to vote for the amendment. Because of that, if informed that the amendment would ban both marriage and civil unions for gay couples, support goes down 17 points to 41%, and opposition rises 4% to 42%.

Part of the problem is that voters are not well informed about what the amendment does. A 34% plurality say they are not sure on that question. Almost as many (31%) do know that it would ban both gay marriage and civil unions, but then not many fewer (28%) think it would only ban marriage. 7% actually think it would legalize gay marriage. Those who think it bans solely marriage rights are voting 67-30 for it, so 8% of North Carolinians, while misinformed, are voting against the measure simply because they think it bans same-sex marriage alone. Of course, those who think a “yes” vote actually legalizes these unions are voting by the same margin for it.

This is troubling, and underscores the need for an agressive education drive these next few weeks. More importantly, we need to ensure that people actually go out and vote.

Please visit ProtectNCFamilies.org for downloadable tools, printable information sheets, videos, or to donate or volunteer. We need all the help we can get these last few weeks.

Most importantly, talk openly with your friends, neighbors, family, community & church leaders, and make sure that, no matter how they vote, that they have all the information. This isn't just about marriage. It's about all North Carolinians, gay or straight.