Pray The Gay Away With High School Pastor Bobby Blakey 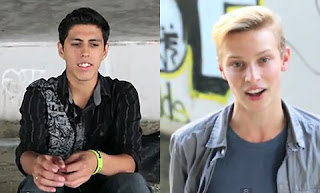 Andy Towle, at Towleroad, nailed it:


These two kids should be dating. Instead they're in a horrifying 'pray away the gay' video.

The video below, from White Throne Films, features Bobby Blakey, "a High School Pastor with a passion to help young people follow Christ with a love for God and his word," and two teens who, through the loving grace of God and the guidance of pastor Bobby Blakey, have turned away from their sinful homosexual pasts.

Bobby is on a mission to take on the "one issue that defines this generation: homosexuality." 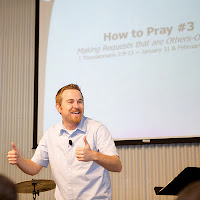 Bobby states (over a horror-movie score):


"If you don't accept homosexuality, you're not in with what's happening today....In high school classrooms homosexuality is being aggressively promoted. Fringe groups of Christianity are making us look bad by just bashing these people, going after them in a way that is not with gentleness and respect...Why can't we love the homosexual, and tell them the truth about their sin?"

Let's hope Bobby got the memo last week from John Smid, former Executive Director of Love in Action, one of the largest and oldest ex-gay ministries in existence (founded in 1973), who acknowledged his own homosexuality and confirmed that sexual orientation cannot be changed.