Much is being said about the batch of leading GOP presidential candidates being entirely too similar. DNC Chair Debbie Wasserman Schultz (D-FL) claimed on Face the Nation that the candidates were "so interchangeable they might as well be Legos."

Nearly all of the 2012 hopefuls are desperately courting the religious right, and as such their stances on social issues are virtually indistinguishable. 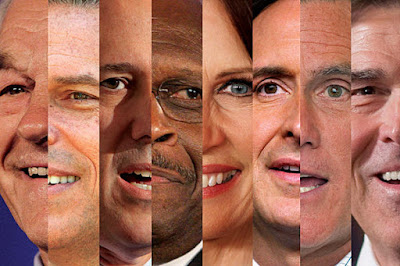 Test your ability to differentiate the 2012 GOP hopefuls based on the following quotes. Match each quote to one of the below candidates. (Answers at bottom of page.)

1. “I'm just going to tell you from my own personal life, abstinence works.”

2. “Literally, if we took away the minimum wage — if conceivably it was gone — we could potentially virtually wipe out unemployment completely because we would be able to offer jobs at whatever level.”

3. “Based upon the little knowledge that I have of the Muslim religion, you know, they have an objective to convert all infidels or kill them.”

4. “I am convinced that if we do not decisively win the struggle over the nature of America, by the time [my grandchildren are] my age they will be in a secular atheist country, potentially one dominated by radical Islamists.”

5. “Who do you worship? Do you believe in the primacy of unrestrained federal government? Or do you worship the God of the universe, placing our trust in him?”

6. “What if [Obama] is so outside our comprehension, that only if you understand Kenyan, anti-colonial behavior, can you begin to piece together [his actions]?”

8. “The Founding Fathers envisioned a robustly Christian yet religiously tolerant America, with churches serving as vital institutions that would eclipse the state in importance.”

9. “Corporations are people, my friend.”

10. “And what a bizarre time we're in, when a judge will say to little children that you can't say the pledge of allegiance, but you must learn that homosexuality is normal and you should try it.”

11. “But unlike abortion today, in most states even the slaveholder did not have the unlimited right to kill his slave.”

12. “Abortion leads to euthanasia. I believe that.”

13. “We're in a state of crisis where our nation is literally ripping apart at the seams right now, and lawlessness is occurring from one ocean to the other. And we’re seeing the fulfillment of the Book of Judges here in our own time, where every man doing that which is right in his own eyes—in other words, anarchy.”

15. “Tiger [Woods] will be 40 years old in 2016. The Republican Party should begin grooming him now for a run at the White House. His personal attributes and accomplishments on the golf course point to a candidate who will be a problem solver.”

16. “I am not here bashing people who are homosexuals, who are lesbians, who are bisexual, who are transgender. We need to have profound compassion for people who are dealing with the very real issue of sexual dysfunction in their life, and sexual identity disorders. This is a very real issue. It's not funny, it's sad. Any of you who have members of your family that are in the lifestyle — we have a member of our family that is. This is not funny. It's a very sad life. It's part of Satan, I think, to say this is "gay". It's anything but gay.” 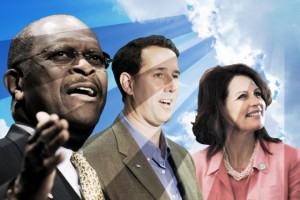 17. “There are hundreds and hundreds of scientists, many of them holding Nobel Prizes, who believe in intelligent design.”

18. “As the hobbits are going up Mount Doom, the eye of Mordor is being drawn somewhere else. It's being drawn to Iraq. You know what? I want to keep it on Iraq. I don't want the eye to come back to the United States.”

19. “So let me say on the record, any ad which quotes what I said on Sunday is a falsehood.”

20. “Would you rather live in a state like this, or in a state where a man can marry a man?”

22. “Pray for me...and my team. Ask that the Lord will give us a special anointing on how to put our team together, who those team people will be, that he would bring those people to us.”

23. “Lord, the day is at hand. We are in the last days. You are a Jehovah God. We know that the times are in your hands. And we give them to you…The day is at hand, Lord, when your return will come nigh. Nothing is more important than bringing sheep into the fold. Than bringing new life into the kingdom…You have weeded that garden. The harvest is at hand.”

25. “Religion is seen as merely a private affair with no place in public life. It is as if they are intent on establishing a new religion in America - the religion of secularism. They are wrong.” 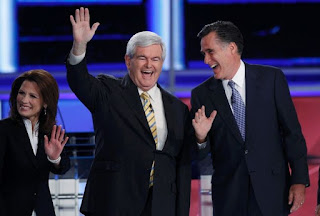 26. “I believe homosexuality is a sin because I’m a Bible-believing Christian, I believe it’s a sin. But I know that some people make that choice. That’s their choice.”

27. “There is a gay and secular fascism in this country that wants to impose its will on the rest of us...prepared to use violence, to use harassment. I think it is prepared to use the government if it can get control of it.”

28. “This may be an opportunity for her (Melissa Etheridge) now to be open to some spiritual things, now that she is suffering with that physical disease. She is a lesbian.”

29. “The secularists wage an ongoing war against religion, chipping away bit by bit at our nation’s Christian heritage. Christmas itself may soon be a casualty of that war.”