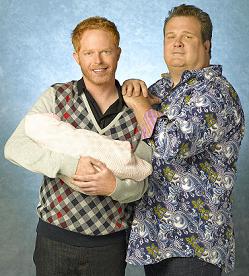 It's not much of a surprise that the Catholic Church is seeing a decline in recent years. Church attendance has fallen to less than 30 percent in Italy, where 95 percent describe themselves as Catholic. Here in America, 400,000 left the church in 2008 alone.

The church has been hit hard by child sex abuse scandals, causing many to rethink their affiliation. Many are also having a hard time reconciling their personal convictions with the Church's views on contraception, gender equality, and reproductive rights.

As if those reasons weren't enough to decimate the church's attendance, we have this 'issue' of homosexuality and same-sex marriage.

When it comes to homosexuality, the Catholic Church, unlike many Protestant churches, will not budge. Not only will they not budge, they are also shooting themselves in the foot. They are guaranteeing the decline of new life in the Church by rejecting the very children they need to survive (and, in turn, rejecting the parents, and potential parents, of their own communities).

In Illinois, the Church has decided that, rather than let same-sex couples adopt, they would rather get out of the foster care business altogether.


Since March, state officials have been investigating whether religious agencies that receive public funds to license foster care parents were breaking anti-discrimination laws if they turned away openly gay parents.

In discussions after the civil union bill went into effect in June, representatives for Catholic Charities in Joliet, Springfield, Peoria, Rockford and Belleville told the state that accommodating prospective foster parents in civil unions would violate Catholic Church teaching that defines marriage between a man and a woman.

The Church has since called off efforts to keep in the foster care business by dropping lawsuits against the state, and agreeing to transfer over 1,000 foster care children to other agencies.

The Catholic Church simply refuses to evolve. The number of gay couples who adopted tripled in the last decade. This is a battle the Church will not win.


According to the Adoption Institute, at least 60% of U.S. adoption agencies surveyed accept applications from non-heterosexual parents. Nearly 40% of agencies have knowingly placed children with gay families. About half the agencies surveyed reported a desire for staff training to work with such clients.

"If one agency doesn't serve you and you're gay, then another agency will," said Adam Pertman, executive director of the Adoption Institute. "You don't need 100% agency participation. The bottom line is, if you're gay or lesbian in America and you want to adopt, you can."

About a third of the adoptions by lesbians and gay men were "open," and the birth families' initial reactions regarding sexual orientation were very positive, according to the study.

Contrast these realities with the stunted logic of the Church:


“We believe that children are best served by being in the home of a married couple or a single individual,” [Catholic Conference executive director Robert Gilligan] explained. “That's not a radical notion.”

Talk about throwing the baby out with the bathwater.

While there is no reason to believe that single parents can't, or don't, do the job (so many do it extremely well), it is absurd to posit that two loving parents of the same sex are not as capable as a single parent, especially in an economy where at least one parent must work full time to make ends meet.

Good luck, Catholic Church. While this latest step certainly isn't the nail in the coffin, it isn't doing you any favors.

According to the Public Religion Research Institute:

Slightly more Catholics (46%) believe the Catholic Church’s position on the issue of gay and lesbian people is too conservative than believe it is about right (43%).

Among religious groups, 73% of non-Christian affiliated, 64% of Catholics, 60% of black Protestants, 59% of white mainline Protestants, and 51% of white evangelical Protestants say places of worship contribute either a lot or a little to higher rates of suicide among gay and lesbian youth.

The train has left the station, dudes.  It seems most don't want you on board, anyway.