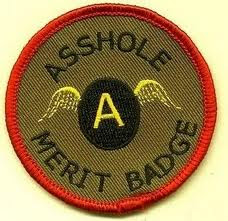 While LGBT History Month is nearly over, Fischer addressed it in relation to the Viki Knox controversy. You can hear his comments here.


This whole thing is about Lesbian, Gay, Bi, Transgender History Month. So my question again, if this is about homosexual history month, are they going to feature all the homosexuals that had an enormous impact on history?

Are they going to feature John Wayne Gacy? He's the homosexual pedophile, remember, that killed thirty-three young boys and young teenagers and buried them under the crawlspace in his house. He was a homosexual. Is he going to be a part of their display?

Adolf Hitler had a record as a homosexual prostitute in the streets of Vienna in the 1910s. He was denied promotions in the German military in World War I because of his homosexual behavior. He formed the Nazi Party in a homosexual bar, a gay bar, in Munich. All of his enforcers, almost every one of the Brownshirts; all the officers and almost all the Brownshirts were homosexuals. Is that going to be a part of Lesbian, Gay, Bi, Transgender Month? We will wait to see.


Not only are Fischer's comments hateful, offensive, and inaccurate, but his logic is completely stupid.

I suppose, by his logic, Fischer would suggest we celebrate Susan Smith and Andrea Yates on Mother's Day.

Do you suggest we canonize Aileen Wuornos during Women's History Month, Bryan? Do we pay tribute to Richard Ramirez and the Menendez Brothers during National Hispanic Heritage Month? Do we honor the Dahmers during Military Family Week?

We can play this game all day long. I know you love to vilify an entire group of people by propping up one bad example. You also think that by pointing out that some bad people accepted evolution, that evolution should be rejected. Guess what, Brian? Evolution is still a naturally occurring phenomenon whether bad people accept it or not. LGBT people still exist even if one of them happens to do something wrong.  Guess how many serial killers and dictators were heterosexual, Bryan? A whole lot of them.

I keep thinking that, sooner or later, even the American Family Association (which despite its benign and virtuous-sounding name is a bona fide hate group) will think that he's gone too far.

And you'd think that American politicians would have the dignity to refuse to be associated with such a hateful little bile-spewing butthole, but they're practically waiting in line to hang out with him (or share the stage with him).

Don't hold your breath. Actually, in this case you might want to.