Perspective: The Lifetime Of The Universe Mapped Onto A Single Calendar Year

A reader commenting on yesterday's post depicting the history of the world cast into a 24-hour clock brought up another wonderful time-scale concept.

The Cosmic Calendar casts the 13.7 billion year lifetime of the universe into a single calendar year, and was popularized by Carl Sagan on his television series Cosmos, and in his book The Dragons of Eden.

A few mind-blowing bits of perspective: 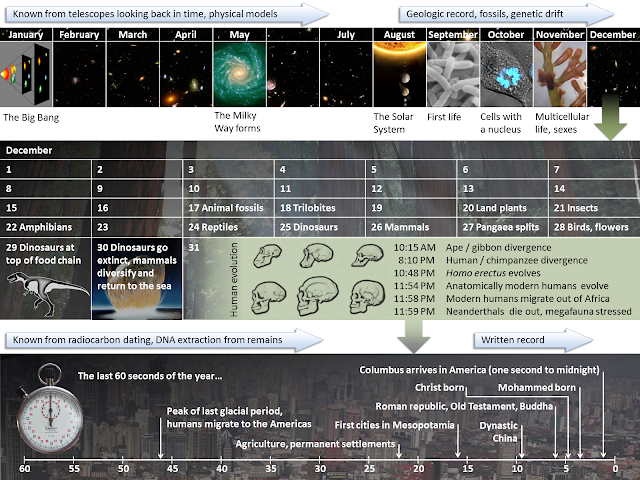