Is Anatomy Destiny? - A Talk By Alice Dreger 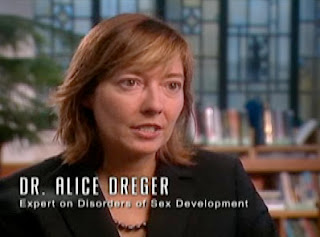 Alice Dreger works with people at the edge of anatomy, such as conjoined twins and intersexed people. In her observation, it's often a fuzzy line between male and female, among other anatomical distinctions. Which brings up a huge question: Why do we let our anatomy determine our fate?

Alice Dreger is a professor of clinical medical humanities and bioethics at the Feinberg School of Medicine of Northwestern University in Chicago. She describes her focus as "social justice work in medicine and science" through research, writing, speaking and advocacy.

She's written several books that study subjects on the edge of norm-challenging bodies, including One of Us: Conjoined Twins and the Future of Normal and Hermaphrodites and the Medical Invention of Sex and Intersex in the Age of Ethics.

She says: "The question that has motivated many of my projects is this: Why not change minds instead of bodies?"