Religious right nutjobs Michele Bachmann and Bryan Fischer are very worried that our military is going to start having sex with animals. 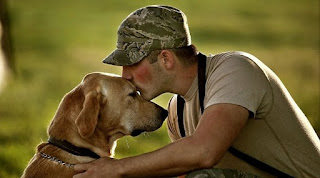 Last week, the US Senate voted to repeal Article 125 of the Uniform Code of Military Justice. The repeal was part of a larger piece of legislation, the National Defense Authorization Act.

While the Defense Act has certainly been controversial, bestiality hasn't been the reason.

You see, Article 125 is an archaic statute which bars troops from engaging in consensual sodomy, and its repeal was tacked on to the defense act (hardly unusual in legislation) -- a move applauded by LGBT rights advocates.

However, since the article defines sodomy as "unnatural carnal copulation with another person of the same or opposite sex or with an animal," the nutjobs read this as the military condoning bestiality.


It’s absolutely abhorrent, reprehensible and you think, this is the kind of thing parents try to keep from their children because parents want to have their children enjoy innocence. Children need that latency period, they need innocence and your own government legalizes this? … Are we really going to say ho hum and laugh and go back to sleep? There’s got to be something we stand for...So the big question is, is there anything that’s wrong? That’s my question. If that’s not wrong, Glenn what’s wrong? Is there anything that’s wrong? Then you have a very serious problem on your hands.


You have an instance of bestiality now, and the military has no legal way to deal with it. That's been now normalized...Once you cross the threshold that sexual intimacy is between for a husband and a wife in marriage...once you cross that boundary, there is no place to stop."

Here's that clip. It's a little long and painful, but feel free to watch if you're so inclined:


Next thing you know, military animals will be requiring separate shower and bathroom facilities.