Are Shifts In Religious Morality The Result Of Secular Pressures?

Recently, over at Professor Jerry Coyne's blog, there was a discussion about a female pastor in South Carolina who had abandoned her religious teachings about sexual behavior in favor of practical measures such as handing out condoms and urging people to get tested for HIV. 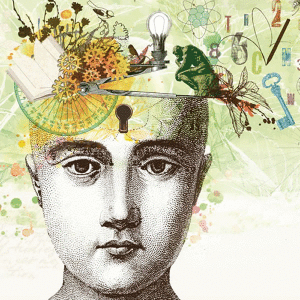 A reader of Coyne's blog stated that this was a prime example of "religion being pushed into a moral change, not by any theistic insight, but through applying basic secular morality to the situation."


...There’s neither a method nor an inherent trend in theology to reassess and alter its moral stands in view of changing conditions. Religious morality appears to change under only two conditions: either secular morality moves ahead of religious morality, causing it to change (e.g., treatment of women and gays or, in this case, condom use and birth control), or scientific advances show that the scriptural basis of religious morality is simply wrong (e.g., there’s no Adam and Eve and hence no Original Sin).

If a religion’s moral dictates remain fixed in stone for centuries, even under the press of secular advances, then that religion loses adherents. This, of course, is what is happening to Catholicism in so many places.

This sentiment is something that I have spent considerable time debating with friends and acquaintances -- the fact that religious morality is quite often inferior to a morality derived from secular values. In other words, there are many instances of morality in religion which, despite being handed down by a supreme deity, actually cause harm to others and diminish overall well-being. In many instances, not only is harm directly inflicted on others, but the groundwork is laid for a pattern of suffering, and for an extension of suffering into other areas of humanity.

For example, we know that religion is, more often than not, the source of anti-LGBT bigotry. It is rare to hear an argument against homosexuality or same-sex marriage that does not invoke religion. Yet, we are starting to see an evolution in some religious bodies, as some churches are beginning to soften their stance on homosexuality. I don't believe you would see many instances of religious bodies initiating these changes on their own, without pressure from outside. Most often, we see secular shifts in attitudes (pro-LGBT equality sentiment in popular culture, the legalization of same-sex marriage or the extension of benefits to same-sex partners) long before we see major shifts in attitudes within religious bodies. This seems to be the same cycle to which Coyne is referring.

An excerpt of the Dalai Lama's forthcoming book, Beyond Religion: Ethics For A Whole World, was recently posted on The Huffington Post.

In his book, the Dalai Lama urges humanity to accept a "new model for mutual respect and understanding - rooted in our shared humanity - between religious believers and non-believers."

The excerpt dovetailed nicely with the sentiment expressed in Coyne's blog post.


Certainly religion has helped millions of people in the past, helps millions today and will continue to help millions in the future. But for all its benefits in offering moral guidance and meaning in life, in today’s secular world religion alone is no longer adequate as a basis for ethics. One reason for this is that many people in the world no longer follow any particular religion. Another reason is that, as the peoples of the world become ever more closely interconnected in an age of globalization and in multicultural societies, ethics based in any one religion would only appeal to some of us; it would not be meaningful for all. In the past, when peoples lived in relative isolation from one another -- as we Tibetans lived quite happily for many centuries behind our wall of mountains -- the fact that groups pursued their own religiously based approaches to ethics posed no difficulties. Today, however, any religion-based answer to the problem of our neglect of inner values can never be universal, and so will be inadequate. What we need today is an approach to ethics which makes no recourse to religion and can be equally acceptable to those with faith and those without: a secular ethics.

I am confident that it is both possible and worthwhile to attempt a new secular approach to universal ethics. My confidence comes from my conviction that all of us, all human beings, are basically inclined or disposed toward what we perceive to be good. Whatever we do, we do because we think it will be of some benefit. At the same time, we all appreciate the kindness of others. We are all, by nature, oriented toward the basic human values of love and compassion. We all prefer the love of others to their hatred. We all prefer others’ generosity to their meanness. And who among us does not prefer tolerance, respect and forgiveness of our failings to bigotry, disrespect and resentment?

The Dalai Lama isn't speaking directly to the secular pressures upon religious bodies to change their morality. However, in so many words, he is saying that religious morality is inferior to secular morality in terms of obtaining a universal state of minimized suffering and an increased overall well-being for humanity.

While I normally would not compare the Dalai Lama with Sam Harris, it would be egregious to avoid mentioning the similarity of the Dalai Lama's premise with that of Sam Harris' in The Moral Landscape. In his book, Harris argues that "morality must relate, at some level, to the well-being of conscious creatures...if there are more and less effective ways for us to seek happiness and to avoid misery in this world—and there clearly are—then there are right and wrong answers to questions of morality."

Harris, on the flawed morality of the Catholic Church:


Consider the Catholic Church: an organization that advertises itself as greatest force for good and as the only true bulwark against evil in the universe. Even among non-Catholics, its doctrines are widely associated with the concepts of “morality” and “human values.” However, the church is an organization that excommunicates women for attempting to become priests but does not excommunicate male priests for raping children. It excommunicates doctors who perform abortions to save a mother’s life—even if the mother is a 9-year-old girl raped by her stepfather and pregnant with twins—but it did not excommunicate a single member of the Third Reich for committing genocide. (It excommunicated Joseph Goebbels, but this was for the high crime of marrying a Protestant.) This is an organization that is more concerned about stopping contraception than stopping genocide. It is more worried about gay marriage than about nuclear proliferation. Are we really obliged to consider such a diabolical inversion of priorities to be evidence of an alternative “moral” framework? No. I think it is clear that the church is as misguided in speaking about the “moral” peril of contraception, for instance, as it would be in speaking about the “physics” of Transubstantiation. In both domains, it true to say that the church is grotesquely confused about which things in this world are worth paying attention to. The church is not offering an alternative moral framework; it is offering a false one.

History offers many examples of secular morality effecting change in religious morality. Although there are still examples of public stoning being validated by religious belief, it is not tolerated by most religious bodies, despite its prevalence in scripture. Biblical instructions on how to keep slaves are ignored. Many churches now allow women clergy. These are but a few examples of shifting morality within religious institutions. Most often the shifts occurred as the actions, commands, or instructions in scripture became viewed as incompatible with society by those outside of the church. Sure, religious people have played a role in shifting morality from within (religious people have certainly been instrumental throughout history in condemning slavery, segregation, anti-LGBT bigotry, etc.), but it is often a case of the religious rejecting religious doctrine.

In other words, even though there are examples of religious justification for the rejection of doctrine (i.e. 'Jesus said love thy neighbor, therefore I cannot condemn my homosexual neighbor), we must not lose sight of the fact that such examples are a rejection of religion-based morality (i.e. 'homosexuality is an abomination.')

As the Dalai lama suggests (as does Harris, to a lesser degree), a secular morality does not require that one discard religion. However, both point out that we cannot rely on religion to dictate our shared morality. We must, instead, seek common denominators in a universal morality: morality which meets the criteria of a secular morality (i.e. 'acting with the intention of reducing suffering and maximizing well-being for all'). Both Harris and the Dalai Lama state that if our religious morality dictates that we act in a way that does not reduce suffering or maximize well-being, then that particular piece of guidance should be rejected.


I am of the firm opinion that we have within our grasp a way, and a means, to ground inner values without contradicting any religion and yet, crucially, without depending on religion. The development and practice of this new system of ethics is what I propose to elaborate in the course of this book. It is my hope that doing so will help to promote understanding of the need for ethical awareness and inner values in this age of excessive materialism.

At the outset I should make it clear that my intention is not to dictate moral values. Doing that would be of no benefit. To try to impose moral principles from outside, to impose them, as it were, by command, can never be effective. Instead, I call for each of us to come to our own understanding of the importance of inner values. For it is these inner values which are the source of both an ethically harmonious world and the individual peace of mind, confidence and happiness we all seek. Of course, all the world’s major religions, with their emphasis on love, compassion, patience, tolerance and forgiveness, can and do promote inner values. But the reality of the world today is that grounding ethics in religion is no longer adequate. This is why I believe the time has come to find a way of thinking about spirituality and ethics that is beyond religion.

There are many current examples of religious morality that does not meet this 'common denominator' requirement. In Uganda, we are seeing faulty religious morality in the Kill-the-Gays bill. Here in the US, Michigan's anti-bullying bill protects religious tormentors. The Catholic church is attempting to ban insurance coverage of contraception, despite the fact that the pill is crucial to the treatment of many women's health issues unrelated to contraception. Same-sex marriage opponents cite religious reasons for the denial of rights to LGBT citizens. Each of these instances of religious morality, among many others, result in the suffering of others, as well as a diminishing of the well-being of entire swaths of the population. Such religious morality is inferior to secular morality. You will be hard-pressed to find a plurality of secular justification for the same moral conclusion.

It is because of secular pressures that we will eventually see shifts in religious morality. Regardless of the resistance to change, one would be foolish to predict that religion will not eventually budge on each of the above stances (and others).