The scientists from The Creation Museum have challenged Bill Nye to a debate. If there's a god, I pray that he makes this happen. On live prime time television. 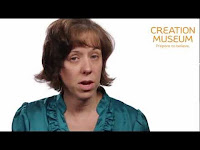 Unless you've been living under a rock, you're aware that Bill Nye angered quite a few Creationists with a video he made for Big Think, in which he stated that Creationism is indoctrination and inappropriate for children.

Faster than you could say "Adam's rib," the folks at Answers In Genesis (the creationist ministry behind the Creation Museum and the forthcoming Ark Encounter) responded with a facepalm-inducing rebuttal of Nye's comments.

Bill Nye then responded to Answers in Genesis with the following comments:


"When I see reasoning like this, I often feel that we educators have failed to convey a fundamental idea in evolution. We humans, who design and build things, or who plant crops according to a calendar, think in what would be top-down style or method of design. Evolution works the other way; it's bottom-up design. The only designs that we observe in nature exist, because they have been successful from generation to generation."

""Creation Science" is not useful, because it can make no successful predictions about nature or the universe. So, it is reasonable to say the expression is an oxymoron, or simply: it's not science. It has no process of observation, hypothesis, experiment, then predicted outcome. A useful theory about time and organisms would make no distinction between "observational" and "historical" science.
In terms of critical thinking, its claims are completely refutable. When creationists assert that the Earth is 6,000 years old. That claim can be evaluated and shown to be untrue or simply wrong. If creationists claim that ancient dinosaurs and humans lived at the same time, that can be shown to be false. Judge John E. Jones in Dover, Pennsylvania used the expression "breathtaking inanity" to describe creationists' arguments, i.e. claims so silly that they took his breath away."

"My concern again is that we cannot afford to raise a substantial fraction of the next generation of students, who do not have the skills to think scientifically. We are at a crossroads in the history of the U.S. Without scientifically literate kids, we will fall behind other countries as inventors and innovators. We will lose our edge." 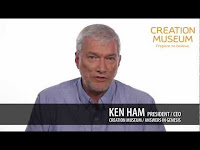 Ken Ham of AiG seems a bit pessimistic on whether Nye will accept the debate challenge:


Well, we’ve already seen a lot of web chatter by secularists saying that they don’t debate creationists. They claim creation has nothing to do with science and that Christians like Dr. Purdom (with aPhD in Molecular Genetics from Ohio State) can’t be real scientists if they are creationists.

They argue that there is no debate because evolution is fact. In other words, these secularists use every excuse they can put forward because ultimately, they do not want to debate creationists. They don’t want the public watching such a debate. They realize that when the public hears the creationist information that has been censored from them and learn how they’ve been brainwashed, they will definitely question evolution.

...The secular media by and large support Bill Nye’s false statements about evolution and science, the mainstream media would not want the general public to hear anything else. It’s almost always this way. Most in the secular media aren’t out to report news—most of them have a very liberal anti-God agenda. But we are used to that.


Bill, please accept the challenge. We will get the popcorn ready.
Posted by eshep on 9/12/2012