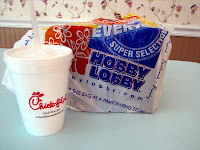 
Hobby Lobby Stores, Inc., a privately held retail chain with 22,500 employees led by a Christian family, filed a lawsuit in the U.S. District Court for the Western District of Oklahoma, opposing the Health and Human Services "preventive services" mandate, the company announced Wednesday. The company becomes the largest and only non-Catholic-owned business to file a lawsuit against the government's contraception mandate.

The company's CEO and founder, David Green, said Wednesday that the mandate would force the Christian-owned-and-operated business to provide, without co-pay, the "morning after pill" and "week after pill" in their health insurance plan, or face crippling fines up to 1.3 million dollars per day.
"We simply cannot abandon our religious beliefs and comply with this mandate," Green said during a teleconference press meeting. "We know that we have been blessed by God's grace and believe it is because we have chosen to live our lives and to operate our business according to His Word and we are very grateful for that. But our faith is being challenged by the federal government."

Hobby Lobby's evangelical roots were first noticed by many during the Chick-fil-A fracas earlier this year. Many news organizations began highlighting other businesses which, like Chick-fil-A, operated on Biblical principles.


[CEO David] Green is a big contributor to evangelical education, having given to Jerry Falwell's Liberty University and Oral Roberts University. He has also acquired Christian artifacts (medieval manuscripts, Hebrew scrolls and Codex Climaci Rescriptus: a rare sixth century Bible written partly in Palestinian Aramaic) for the National Bible Museum. In August 2011, Green announced that he is donating a 170-acre ranch in San Juan Capistrano, Calif., to Saddleback Church. A preacher's son from a poor background, Green started Greco Products in 1970 with $600, which he spun into his first Hobby Lobby arts and crafts stores in Oklahoma City in 1972. The family-friendly chain now has 490 locations in 40 states. Green strives to grow the company according to biblical principles; stores are closed on Sundays. The company has also delivered 508 million copies of a gospel booklet to children in more than 100 countries.


Hobby Lobby, the Oklahoma City-based arts and crafts store chain, cites its commitment to “honoring the Lord” on its website and closes its 500-plus nationwide locations on Sundays, as does Chick-fil-A.
“We believe that it is by God's grace and provision that Hobby Lobby has endured,” its website reads. “He has been faithful in the past, we trust Him for our future.”

While there have been many lawsuits challenging the US government's mandate, Hobby Lobby appears to be the first Evangelical-led business to file.


There are now 27 separate lawsuits challenging the HHS mandate, which is a regulation under the Affordable Care Act (aka "Obamacare"). These HHS challenges were not affected by the Supreme Court's June 28th ruling on the constitutionality of the "individual mandate."

"These abortion causing drugs go against our faith and our family is now being forced to choose between following the laws of the land that we love or maintaining the religious beliefs that have made our business successful and have supported our family and thousands of employees and their families," said Green, whose company is being represented by the Becket Fund, a religious freedom law group.

"The nationwide litigation against this HHS mandate is a fight for religious freedom for all Americans," said Kyle Duncan, general counsel for the Becket Fund, during the teleconference. "Today, [Hobby Lobby and its owners] are asking the federal court to protect their right to run their business as they always have in harmony with their Christian faith."