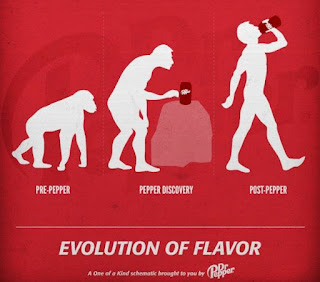 
Controversy has erupted over the latest Dr. Pepper ad dubbed "The Evolution of Flavor," with a small, but vocal minority of commenters on Facebook posting complaints about the ad's evolution motif.

The comments began after the ad appeared on the soft drink's official Facebook page Thursday afternoon.

"Well, there goes my support for this company," Jolynn Danae Pilapil wrote.

One of the most recent comments on the Facebook page this morning:

"Another lot going crazy over cartoons rather than when people are killed in the name of their religion.."