(Part 4 of an ongoing, meandering stream of undefined scope.)

There was a period of several years between the point when I accepted my lack of religious belief and the point in which I referred to myself as a Humanist/Secular Humanist. I honestly didn't know how to refer to myself, and I probably would not have settled on anything if it weren't for the fact that I kept running into situations where I was asked about my religious affiliation. Human beings love to classify things, including ourselves, and each other. 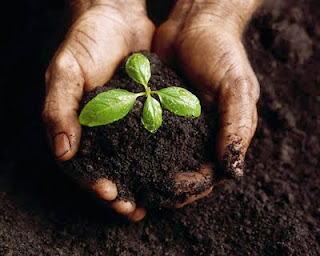 Those several years where I wasn't sure how to classify my religious views were not unlike trying to self-diagnose a nagging chronic illness. (To extend the metaphor, as a formerly religious person, it did feel at times that something was wrong with me.) Most of us have plugged symptoms into a search engine in order to pinpoint a diagnosis. And most of us have been overwhelmed with the array of returned possibilities. There was atheism, agnosticism, pantheism, Humanism, and Universalist-Unitarianism. There was Ignosticism, Skeptcism, Secularism, Naturalism, and so on. And to complicate matters, many of the aforementioned philosophies have any number of definitions, or serve as an umbrella for any number of other, more specific philosophies.

At about the same the time that I was starting to figure out how to classify my beliefs, or lack of beliefs, Atheism was beginning to see a surge, specifically in bookstores, as tomes by Richard Dawkins, Sam Harris, Daniel Dennett, and Christopher Hitchens enjoyed considerable success (and ignited quite a few discussions in the media). Although these books were instrumental in making non-belief less of a taboo (and helping non-believers feel less of a minority), their perceived antagonistic tones, as well as the backlash from religious figures and institutions, only seemed to further associate "Atheism" with negative characteristics.

As someone who has many wonderful religious friends and family members, the last thing I wanted to do was to seem hostile towards religion (something with which I haven't had tremendous success.)  Although, I had lost my faith, I had not lost my faith in humanity.  In fact, during the period in which I came to terms with my non-belief, my appreciation of humanity, of nature, and of life, grew.  I felt that if I had to label myself, I wanted not to focus on what I didn't believe, but rather what I did believe.

The American Humanist Association describes Humanism as follows:
They say if the shoe fits, wear it.  The above set of descriptors were already aligned with the philosophies that I had come to slowly over my entire life.  Are there other descriptions for other philosophies with which I would also feel aligned? Yes, I'm sure of it. And I would probably not deny any relationship with that philosophy. (I feel perfectly fine referring to myself as an atheist, an agnostic, a Universalist-Unitarian, and other descriptors.)

If one follows a particular code, and aligns oneself with a philosophy that has a Web presence, a Wikipedia entry, and a presence in the public sphere, then isn't that just like any other faith or religion?  That's a perfectly fair question.

The Encyclopedia Britannica defines faith as:

If a philosophy of belief system does not concern itself with a god or gods, it isn't a faith.  Humanism does not involve entertaining concepts related to the supernatural.  It is a naturalistic, nonreligious worldview.

Some might say that, regardless, Humanism certainly smells like faith/religion. I wouldn't deny that there are some similarities.  For example, just like religious folks, non-religious folks like to congregate at times with those who share their worldview.  The non-religious might form informal groups, or unite behind a particular cause that is important to their worldview.  They might lobby for (or oppose) particular legislation due to their worldview in the same way that many religious groups might. They might even seem to evangelize, whether by writing a letter to the editor, sporting a bumper sticker, or promoting the separation of church and state.  However, none of these instances are efforts to promote belief in a supernatural being. They are usually efforts to promote critical thinking, to honor the Constitution's Establishment Clause, to stress the need for improved science education, etc.

The Oxford English Dictionary defines Religion as follows (definitions 1-4):
Definitions 1-3 are definitions which speak to the supernatural, and therefore do not apply to any form of non-belief.  One could argue that some non-religious folks could be described as having "devotion to some principle," as in definition 4.  If that were the case, we would need to also classify any form of activism and many political movements as religious. But one could not accurately describe Humanism as a religion in the sense that we describe the Abrahamic faiths.

Although I describe myself as a Humanist, I do not attend a church.  I don't belong to any formal Humanist organizations.  I own no t-shirts or bumper stickers that pronounce my alignment with Humanism.  I have no Humanist text. I have no mantra, prayer, or meditation. There are no belief requirements I must meet in order to be part of the Humanist collective. It simply helps to describe who I am and what I do and don't believe. But it also helps to communicate (I hope) that by being godless, I am not without morals, and that I care tremendously about the world in which we live, and the people who inhabit it.  I do have faith in people.  I have seen the great good, and the unspeakable evils, of which they are capable.

Although I sometimes refrain from quoting Sam Harris, for fear of turning off people who already have a poor impression of him, but he has a great quote that demonstrates the type of faith that Humanists embody:

"I know of no society in human history that ever suffered because its people became too desirous of evidence in support of their core beliefs."

I believe that societies are capable of making decisions based on evidence (and not based on ancient texts or religious doctrine), and that people are capable of acting with the intention of reducing suffering (without relying on scripture).