Ask a Humanist, Vol 5: Why Do You Care What People Believe?

(Part 5 of an ongoing, meandering stream of undefined scope.)


I get into discussions. 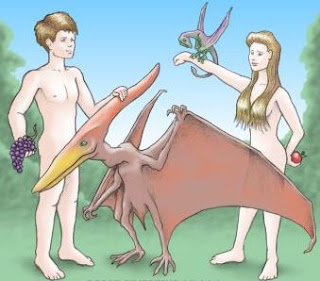 They used to say, "Never talk about politics or religion," but for some reason, those are the two things that fascinate me most. Religion and politics are hopelessly intertwined in America, and each informs so much of American culture, that it's difficult to get too far in a conversation before we're off and running down a path that might have been avoided in more refined times.  There are times, if I voice frustration with a particular religious belief, when someone will ask, "Why do you care what people believe?" or any number of variations: "What happened to live and let live?" or "Can't you just be happy that people find comfort in their beliefs?"

Those are all valid questions, and I'm quite aware that my tendency to speak my mind on such matters have offended some people. That is not my intention.

If one were to ask religious folks to describe the non-religious folks that they have encountered in conversation, I'm pretty sure that those descriptors would include: angry, condescending, smug, arrogant, annoying, intolerant, and so on. While I don't doubt that there are some angry, condescending, smug non-believers, these perceptions and attitudes have more to do with misconceptions than anything else.  A study conducted by the University of Minnesota found atheists to be the most despised minority in America.  I know quite a few of them, and although I don't think any minority should be despised, I can attest that most of the ones I know are incredibly kind, intelligent, responsible, ethical citizens. Just like most of the religious folks I know.

I am fairly self-aware. I am quite aware when I am in a state of anger.  I can attest that, in my case (and likely in the case of many non-believers), most of this perceived anger is a by-product of worry and impatience.  The perception of aggression or antagonism is quite often due to the fact that we are passionate and we care.

Why do you care?

The answer to "Why do you care what people believe?" is pretty clear.  I care because, unfortunately, religious belief too often creeps into areas where it either does not belong, or where it infringes on the rights of others.  Although the Establishment Clause of the US Constitution prohibits the establishment of a national religion, or a preference of one religion over another, religion continues to creep into all areas of our daily lives: our public schools, our courtrooms, our government, our workplaces, our healthcare, our military, our bedrooms, our environment, our elections, our wars.

I only care what people believe if and when their beliefs begin to encroach on my rights.  I may become impatient when I see organizations or politicians repeatedly push their particular brand of religious belief into the public sphere.  When laws and societal attitudes are defined by an ancient text, and not by the evolved capacity for moral theorizing and compassion for others, I become concerned.

When we tell ourselves that religious thought isn't something that we should worry about, we are forgetting the suffering and destruction that is brought on by religion, and which continues to occur each day.  If you're not aware of it, you're not paying attention.  We can turn to conflicts in Palestine (Jews vs. Muslims), the Balkans (Orthodox Serbians vs. Catholic Croatians; Orthodox Serbians vs. Bosnian and Albanian Muslims), Northern Ireland (Protestants vs. Catholics), Kashmir (Muslims vs. Hindus), Sudan (Muslims vs. Christians and animists), Nigeria (Muslims vs. Christians), Ethiopia and Eritrea (Muslims vs. Christians), Sri Lanka (Sinhalese Buddhists vs. Tamil Hindus), Indonesia (Muslims vs. Timorese Christians), Iran and Iraq (Shiite vs. Sunni Muslims), and the Caucasus (Orthodox Russians vs. Chechen Muslims; Muslim Azerbaijanis vs. Catholic and Orthodox Armenians) are merely a few cases in point. These are places where religion has been the explicit cause of literally millions of deaths in recent decades. (Sam Harris, Letter to a Christian Nation)

Aside from perpetuating violent conflicts across the globe, religion can have a corrosive effect on numerous aspects of society if we allow doctrine to inform public policy. We, as a society, also have this strange idea that if something is part of a religious belief that it becomes something that is protected from examination, that we must solemnly respect it. This is dangerous, as evidenced in the recent "Kill The Gays" bill in Uganda. Although the bill still threatens to pass, it is due to public outcry, and rejection of the criminalization of homosexuals (which has been influenced by extreme evangelical beliefs), that the bill's passage has been delayed.  Religious doctrine can also be detrimental to public education, as creationism is introduced into school curricula despite the fact that evolution serves as the bedrock of modern biology.

We must also take care to ensure that beliefs derived from ancient texts do not impede progress.  The Oxford Dictionary defines progress as "development towards an improved or more advanced condition." And I think we would all agree that the minimization of suffering is what we should strive for in humanity -- this would be an improved and advanced condition.  If one's religious beliefs impede a society's progress towards this condition, then it is my duty, and my right, to challenge the validity of those beliefs.

I have been called a hypocrite on many occasions. At times I am (aren't we all?), but I reject any and all claims of hypocrisy as they relate to my rejection of religious beliefs which impede progress or infringe on the rights of others.

The U.N., in its Declaration of Principles on Tolerance, defines tolerance in great detail. In addition to the primary meaning of tolerance, the UN states the following:


Tolerance is not concession, condescension or indulgence. Tolerance is, above all, an active attitude prompted by recognition of the universal human rights and fundamental freedoms of others. In no circumstance can it be used to justify infringements of these fundamental values. Tolerance is to be exercised by individuals, groups and States.

Tolerance is the responsibility that upholds human rights, pluralism (including cultural pluralism), democracy and the rule of law. It involves the rejection of dogmatism and absolutism and affirms the standards set out in international human rights instruments.

Consistent with respect for human rights, the practice of tolerance does not mean toleration of social injustice or the abandonment or weakening of one's convictions. It means that one is free to adhere to one's own convictions and accepts that others adhere to theirs. It means accepting the fact that human beings, naturally diverse in their appearance, situation, speech, behaviour and values, have the right to live in peace and to be as they are. It also means that one's views are not to be imposed on others.

This is as fine a definition as one will find.  When we are tolerant, by no means are we required to tolerate the maligning, physical harm, or oppression of others. Nor are we required to sit idly while a religious belief  informs public policy.

Caring about the beliefs of others.

Our society is so incredibly influenced by religion that we often forget which issues have a religious basis and which do not.  The tentacles of religion have entangled themselves in every wedge issue we encounter: abortion, LGBT rights, stem cell research, healthcare, the environment, etc.  Many times people will oppose a particular idea because it is "wrong."  If we step back and ask ourselves why it is wrong, we often see that, outside of a mention in an ancient text, there is no evidence supporting its is detrimental to society.  In other words, there is often no secular justification for many of our stances on these issues. We often will find that alongside this scriptural "evidence," we also have evidence that many other things are "detrimental" -- things we have dismissed as not relevant to modern times (i.e. shellfish, blended fabrics, etc.)  It is at this point that some will state that, "without scripture, we would not know what is right and wrong." This is not only untrue, but also ignores evidence of millions of years of group cohesion, human cooperation, and altruism.  Right and wrong can easily be defined outside of religion, and we can be certain that wearing blended fabrics, eating shellfish, and loving someone of the same sex will not lead to a collapse of society.

We Humanists believe that a religious text is not necessary to be good. In fact, we find that religious texts are limited in their ability to act as a moral guide (yes, there are some wonderful moral lessons to be gleaned from scripture, but there are also some highly questionable ones as well.) Ten commandments are not necessary.  We can get by with one: Always act with the intention of minimizing suffering and increasing the well-being of others. When we see others suffering as a result of religious beliefs, then something is drastically wrong.  And let's be clear. Denying the rights of human beings based on their sexuality is indeed acting with the intention of causing suffering. Favoring the life of a blastocyst over the potential eradication of unendurable misery of millions of human beings is indefensible, and grossly impedes progress. Denying climate change because God said he wouldn't allow man to destroy the earth is irresponsible.  Applying supernatural motives to natural disasters is Bronze Age thinking, and only adds to the suffering that has already occurred.

Email ThisBlogThis!Share to TwitterShare to FacebookShare to Pinterest
Tags: ask a humanist, belief, biblical literalism, separation of church and state