In the wake of the killing of Osama Bin Laden, Newville, PA pastor Rev. Jim Moats told The Patriot News of his days as a Navy SEAL during the Vietnam War. He had been telling his congregation these stories for five years. 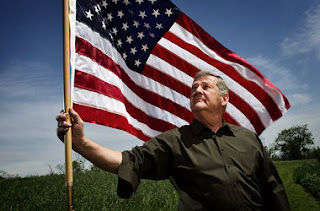 The problem was that Jim Moats was never a Navy SEAL. He had never even set foot in Vietnam.

After the newspaper received several letters claiming Moats was lying about his past.  The Patriot News did some investigation and found that Moats had fabricated his stories.  Moats came to the offices of the paper to come clean on Sunday, stating that he was never offered SEAL training, and was never accepted into the program.

Don Shipley, an area retired SEAL stated that specific aspects of Moats’ stories were lifted directly from Hollywood blockbusters: A story about being re-assigned to kitchen duty and about being waterboarded were lifted from the Steven Seagal movie “Under Siege,” while his reference to being hit by SEAL instructors was vintage “GI Jane.”

According to Moats, the whole thing started when his sons, who served in Iraq together, had made their father a Navy SEALs plaque, which he hung up. When church members began asking about the plaque, and whether Moats had indeed been a Navy SEAL, he didn't deny it. As the word started spreading around the congregation, Moats took no steps to correct the misconception.

"We deal with these guys all the time, especially the clergy. It’s amazing how many of the clergy are involved in those lies to build that flock up. I don’t lump him in with the worst of the worse. He’s just despicable. Some of these guys are total criminals. I think just having his ass spanked is enough for him that he won’t do it again any longer."

The original piece on Jim Moats, in which he makes the claims to the paper, can be read here.
Posted by eshep on 5/09/2011