Stephen Hawking: 'There is no heaven; it's a fairy story'

In an exclusive interview with The Guardian, the iconic cosmologist shares his views on life, death, and the afterlife. 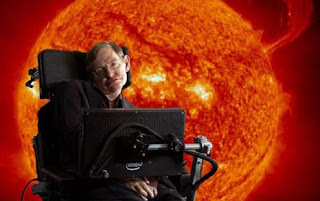 "I have lived with the prospect of an early death for the last 49 years. I'm not afraid of death, but I'm in no hurry to die. I have so much I want to do first," he said.

"I regard the brain as a computer which will stop working when its components fail. There is no heaven or afterlife for broken down computers; that is a fairy story for people afraid of the dark," he added.

Hawking's comments on death and the concept of heaven are sure to provoke further backlash from those who took issue with comments in his 2010 book, The Grand Design, in which he stated that the universe did not require a creator.

Although Hawking has often been quoted by religious figures for his references to God, it has remained quite clear that Hawking's use of the word 'God' is metaphorical (as was Einstein's).

Hawking has said of his use of the word 'God':


"If you believe in science, like I do, you believe that there are certain laws that are always obeyed. If you like, you can say the laws are the work of God, but that is more a definition of God than a proof of his existence."

"If you like, you can call the laws of science 'God', but it wouldn't be a personal God."

In his brief interview with The Guardian, Hawking had a very simple suggestion for how humans should live their lives:


"We should seek the greatest value of our action."