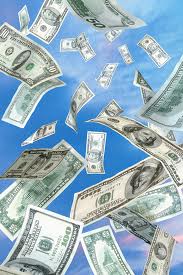 
A self-confessed atheist has become a believer after mocking God by sarcastically praying for his mother to win the lottery. However, his joke prayer was amazingly answered as the next day his mother won $1 million on the New York Lottery Sweet Million game.

According to the report, 28-year-old Sal Bentivegna, who did not believe in God, told his mother to pray to her god to ask "for a million dollars." His mother, Gloria, a Catholic, would not do any such thing.  Since his mother refused to, Sal mockingly 'prayed' the following: “God, I don’t know if you’re real or not, but if you are there, please let my mother win a million dollars.”

Guess what happened. You're right. Sal's mother won a million dollars the next day when she purchased a "Lotto Tree" at a church charity auction. One of the tickets on the tree was a million dollar winner.


He testified, “I can’t shrug off that Jesus had a hand in it.”

“No pun intended, but it was a Godsend,” he said.

Gloria Bentivegna, reflecting on what had happened, is thankful to God for her winnings, but even more thankful for her son’s conversion. She said: “'God performed two miracles, a true miracle.”

By winning New York’s Sweet Million game, Gloria Bentivegna will now receive $50,000 every year for the next 20 years.

The odds of winning the New York Lottery Sweet Million game is 1 in 3.8 million.  Two tickets would take it to 1 in 1.9 million.  I'm not sure how many tickets are on a "lottery tree," but regardless, those are considerable odds.

I am curious to know the odds that a Sweet Million player uttered a plea for divine intervention in the game, mockingly or not.  I would assume that a great many do. I am also curious to know the percentage of praying Sweet Million players who were 'denied' the money.  I would bet a million dollars that all of them, winner excluded, did not have their prayers answered in the form of $1 million.

A few things I do know: 1) Sal Bentivegna was not very good at being an atheist.  2) Pascal deserves a share of the winnings.
Posted by eshep on 6/01/2011