What Does Science Have To Say About Life After Death? 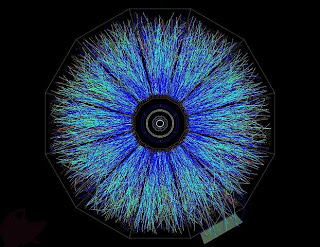 Physicist and cosmologist Sean M. Carroll sure did step in it. Hot on the heels of Stephen Hawking's assertion that heaven (or any afterlife, for that matter) was "a fairy story for people afraid of the dark," Carroll has published a Scientific American piece entitled Physics and the Immortality of the Soul, that is quite clear on what physics has to say on the topic. And for such a nice guy, he certainly doesn't sugar-coat it.

Now there are many who, like Stephen Jay Gould, assert that there are things on which science and religion do not overlap. Many cite this non-overlapping magisteria when arguing the existence of God, the afterlife, or souls. However, we can't discount the degree of improbability of life after death given the laws of physics.


Claims that some form of consciousness persists after our bodies die and decay into their constituent atoms face one huge, insuperable obstacle: the laws of physics underlying everyday life are completely understood, and there's no way within those laws to allow for the information stored in our brains to persist after we die. If you claim that some form of soul persists beyond death, what particles is that soul made of? What forces are holding it together? How does it interact with ordinary matter?

Among advocates for life after death, nobody even tries to sit down and do the hard work of explaining how the basic physics of atoms and electrons would have to be altered in order for this to be true. If we tried, the fundamental absurdity of the task would quickly become evident.


Very roughly speaking, when most people think about an immaterial soul that persists after death, they have in mind some sort of blob of spirit energy that takes up residence near our brain, and drives around our body like a soccer mom driving an SUV. The questions are these: what form does that spirit energy take, and how does it interact with our ordinary atoms? Not only is new physics required, but dramatically new physics. Within QFT, there can't be a new collection of "spirit particles" and "spirit forces" that interact with our regular atoms, because we would have detected them in existing experiments. Ockham's razor is not on your side here, since you have to posit a completely new realm of reality obeying very different rules than the ones we know.

Carroll then goes into The Dirac Equation and demonstrates, as simply as a particle physicist can, that it requires an amazing amount of metaphysical shoehorning and the chucking out of everything we know to put any credence in the afterlife concept.


There's no reason to be agnostic about ideas that are dramatically incompatible with everything we know about modern science. Once we get over any reluctance to face reality on this issue, we can get down to the much more interesting questions of how human beings and consciousness really work.

I'm reminded of Carl Sagan's feelings on the afterlife:


I would love to believe that when I die I will live again, that some thinking, feeling, remembering part of me will continue. But much as I want to believe that, and despite the ancient and worldwide cultural traditions that assert an afterlife, I know of nothing to suggest that it is more than wishful thinking. The world is so exquisite with so much love and moral depth, that there is no reason to deceive ourselves with pretty stories for which there's little good evidence. Far better it seems to me, in our vulnerability, is to look death in the eye and to be grateful every day for the brief but magnificent opportunity that life provides.

If we think about where the concept of the afterlife originated, we must look to our ancestors -- ancestors who, if they were lucky, lived only a fraction of the time we will live.   These ancestors had only a fraction of the knowledge we now have at our fingertips -- knowledge of the interconnectedness of all living things, knowledge of the world, and of the cosmos.  Perhaps, as our knowledge and our lifespans continue to increase, we will find (as we are beginning to see in modern European secular societies), that we do not need the promise of an afterlife.  Isn't this life more than enough?
Posted by eshep on 5/26/2011