Down With Erections: The Catholic Church Wants To Take Away America's Boners

The average man has 11 erections each day, and several more at night. 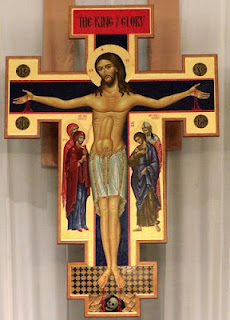 This may be shocking to many -- mostly to those who do not own a penis.

I heard this statistic yesterday. Perhaps it wasn't a coincidence that this statistic was circulating on twitter the same day that contraception regulations were being debated across the internet, and on every cable news show in existence.

If we must truly cater to the whims of the Catholic church, perhaps we need to tackle this problem of erections.

By Catholic standards, "every action which, whether in anticipation of the conjugal act, or in its accomplishment, or in the development of its natural consequences, proposes, whether as an end or as a means, to render procreation impossible" is intrinsically evil.

In other words, God created sex solely for the purpose of reproduction.

Which begs the question: Why did God create the erection? Certainly not for urinating, which is the only other Catholic-sanctioned use of the penis.

If the average man gets 11 erections each day (and several more at night), and if the human body, and all of its intricate functions, were designed by God, then certainly these erections have a special purpose.

If the average man gets a dozen or so erections a day, and he does not engage in the act of sex for the purpose of reproduction, then, each time, he is using his erection "contrary to its purpose," to borrow a phrase from the Catechism.

Perhaps Rick Santorum said it best when he said, "It's a license to do things in a sexual realm that is counter to how things are supposed to be."

If we are to accept the Catholic Church's logic, we must accept that an erection that is not being used for the purpose of procreation is nothing more than "a license to do things in a sexual realm that is counter to how things are supposed to be."

It's a matter of time, folks. Rick Santorum said same-sex marriage would lead to "man on child, man on dog, or whatever the case may be." By the same logic, we should assume that the Catholic church, and conservative theocrats like Rick Santorum, are not going to stop at contraception. They're coming after our boners.

America, we need to stand firm. Tell the Catholic Church to keep their hands off our erections.