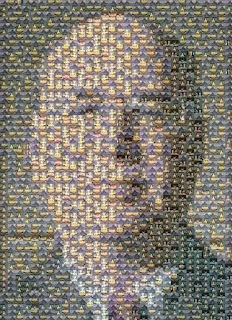 Sue Sturgis and Chris Kromm of the Institute for Southern Studies have created a video introducing their research into Art Pope's overarching influence on North Carolina politics.

It's important that North Carolinians educate themselves on the dishonest and underhanded tactics employed by Art Pope and his network of heavily-funded organizations set on fundamentally transforming the state, especially as we gear up for the May 8 vote on the anti-LGBT amdendment, and the pivotal 2012 general election.


ArtPopeExposed.Com comes after a widely-circulated profile of Pope in this week's New Yorker magazine, which drew on Facing South's and the Institute's research and reporting over the last 18 months.

Among the facts profiled at ArtPopeExposed:

Bankrolling the Right: The John William Pope Foundation, which Art Pope chairs, supplies 90% of the income of the leading conservative advocacy groups in North Carolina. Pope has claimed that most of his foundation's money goes to charity, but tax records show that at least two-thirds of their grants support conservative groups and causes.

Funding Climate Denial: Pope's foundation has given $24.1 million to a network of "climate denial" groups -- many tied to energy interests -- who ignore the scientific consensus about climate change and fight clean energy standards.