The Only Conversation Worth Having: A Tribute To Hitchens 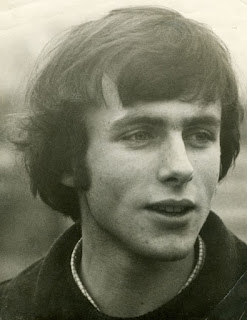 The below video tribute offers a wonderful example of Hitchens's ferocity, passion, and conviction. Hitchens, in his own words, speaking of knowledge, wisdom, belief, and death, against a backdrop of majestic natural beauty.

The tribute was created in January of 2011 while Hitchens was undergoing treatment, but it couldn't be any more poignant than it is now.

The audio is taken from Hitchens's closing remarks in a debate with William Dembski at Prestonwood Christian Academy in Dallas, Texas in November of 2010.

...When Socrates was sentenced to death for his philosophical investigations and for blasphemy for challenging the gods of the city, and he accepted his death he did say, “Well, if we are lucky perhaps I will be able to hold conversation with other great thinkers and philosophers and doubters, too.” In other words, that the discussion about what is good, what is beautiful, what is noble, what is pure, and what is true could always go on. Why is that important? Why would I like to do that? Because that’s the only conversation worth having. And whether it goes on or not after I die, I don’t know. But, I do know that it is the conversation I want to have while I am still alive. Which means that to me the offer of certainty, the offer of complete security, the offer of an impermeable faith that can’t give way is an offer of something not worth having. I want to live my life taking the risk all the time that I don’t know anything like enough yet… that I haven’t understood enough… that I can’t know enough… that I am always hungrily operating on the margins of a potentially great harvest of future knowledge and wisdom. I wouldn’t have it any other way.