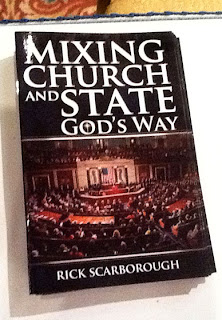 This past weekend, thousands of cultural conservatives descended upon Washington, DC for the Values Voter Summit, sponsored by designated hate group Family Research Council. Each of the major GOP presidential hopefuls were in attendance, as were dozens of political and religious figures with well-documented affinity for religious bigotry, discrimination, xenophobia, and dishonesty.

While this cast of characters generally toned down their rhetoric on the national stage, the event was in no way devoid of bilious remarks and poisonous ideology (and some good old fashioned insanity):

Bryan Fischer: "I submit to you that not a single one of our unalienable rights will be safe in the hands of a president who believes that we evolved from slime and that we are the descendents of apes and baboons."

Glenn Beck, in reference to Occupy Wall Street: "The violent left is coming to our streets" to "smash, to tear down, to kill, to bankrupt, to destroy."

Mat Staver: "The battles we face in America today are not about necessarily tangible borders but intangible ones, they involve the borders around life, liberty and family. And these borders like those physical borders in Israel are under intense attack. In America we are witnessing fierce battles to boot God out of the public schools and out of the public squares, to teach even the youngest of our children about sex and homosexuality, to make America a tax-supported right for any reason and to redefine the very definition of family and marriage." 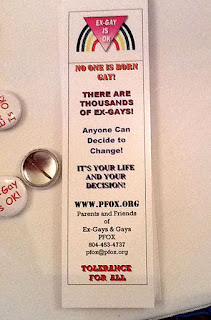 Bryan Fischer: “We need a president who will treat homosexuality not as a political cause at all, but as a threat to public health...Homosexual behavior represents the same threat to human health that injection drug use does. I believe we need a president who understands that neither homosexual behavior nor injection drug use represent lifestyles that any responsible government ought to normalize, legitimize, legalize, protect, sanction, or subsidize."

Rep. Steve King: "I believe that the declaration was written with divine guidance. I believe that God moved the Founding Fathers around this country and the globe like men on a chess board."

Robert Jeffress: "That is a mainstream view, that Mormonism is a cult...Every true, born again follower of Christ ought to embrace a Christian over a non-Christian.”

Glenn Beck: "There is a race war that is going on in our country, declared by the black panthers and Louis Farrahkaun and anybody else says that America, somehow or another, stole the land from Mexico. There is a race war. It wasn't started by us, but they have declared it and we must end it."

Ed Vitagliano: "...The male desire to go out and conquer and to wander. I think that is part of the makeup of a man, but marriage helps to channel those things in a constructive way. I believe that's why there's so much promiscuity in the male homosexual community, because they're two men who behave the same way and there is no civilizing influence in their lives."

The most sensible and compassionate quote from the weekend came from Mitt Romney who stated:

“Our values ennoble the citizen and strengthen the nation. We should remember that decency and civility are values too. One of the speakers who will follow me today [Bryan Fischer], has crossed that line. Poisonous language does not advance our cause. It has never softened a single heart nor changed a single mind."