Bin Laden's Ritual Burial at Sea Not Good Enough For Anyone 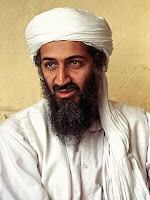 According to U.S. Defense officials, Osama Bin Laden was buried at sea within 24 hours of his death.  Initially, this raised questions on the blogosphere and in the news, as to why the U.S. would toss the world's most wanted man into the sea so quickly.

According to the official, the U.S. was ensuring that the body was handled in accordance with Islamic practice and tradition. "This is something that we take very seriously. And so therefore, this is being handled in an appropriate manner," the source stated. In addition, the choice to bury him at sea was due to several factors. There did not appear to be any country willing to accept the body. Secondly, burying him in the U.S. would have been a terrible idea for obvious reasons. Thirdly, any land burial site may have ended up serving as a site of worship for Bin Laden's followers.


The official described the procedure to NBC News as follows:


However, several Muslim clerics and scholars have expressed that the burial was not aligned with Islamic tradition, and that the U.S.'s handling of Bin Laden's body may only exacerbate anti-American sentiment and further incite attacks against U.S. citizens.


"The Americans want to humiliate Muslims through this burial, and I don't think this is in the interest of the U.S. administration," said Omar Bakri Mohammed, a radical cleric in Lebanon.

"What was done by the Americans is forbidden by Islam and might provoke some Muslims," said another Islamic scholar from Iraq, Abdul-Sattar al-Janabi, who preaches at Baghdad's famous Abu Hanifa mosque. "It is not acceptable and it is almost a crime to throw the body of a Muslim man into the sea. The body of bin Laden should have been handed over to his family to look for a country or land to bury him."

And of course, many American conservatives are not thrilled with the fact that the U.S. followed any Islamic rituals at all when burying Bin Laden. Enter Glenn Beck:


"My problem with this is that we gave this guy a dignified burial at sea, or at least that’s what they said. I really would have put this guy in a meat grinder with a pig, sorry. Oh, you’re not going to get your 72 virgins? Sorry, that sucks to be you. Wrap him up in Hormel, pack him in a can of Spam, man."

The right wing blogs, as well as sites like World Nut Daily and FreeRepublic, seem to echo Beck, in that by taking the high road, the U.S. caved in to Sharia Law.

While we're pointing out the nitpicking from the right:
This is just the beginning. Enjoy the fireworks.
Posted by eshep on 5/02/2011