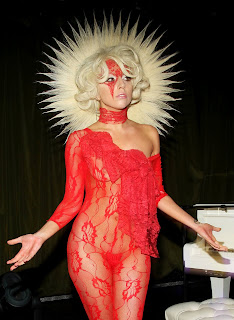 Via the Jakarta Globe:


A high-ranking member of Indonesia’s highest Islamic authority has urged Muslims not to attend Lady Gaga’s upcoming concert in Jakarta, declaring that the pop star known for her sexy and controversial outfits was forbidden under Islamic law.“[The concert is] intended to destroy the nation’s morality,” said Indonesian Council of Ulema (MUI) chairman Cholil Ridwan, who added that he had never watched the singer perform and only heard of her “reputation” second-hand.

Apparently, not many Indonesians who know of Lady Gaga's reputation first-hand seem to care. Her show sold more than 25,000 tickets in less than two hours.

But he claimed Lady Gaga was worse. "She is from the West, and she often shows her aurat [private parts of the body] when performing," Cholil said.

While he was aware that many Western singers have already performed in Indonesia, Cholil said maybe it was time to put an end to these "cultural attacks."


Another MUI chairman, Slamet Effendi Yusuf, seemed to be less condemning of Gaga.


“I am sure they know what is good and bad,” he said. “However, I hope Lady Gaga can also wear a proper [dress] in her show.”

I'm sure she will do just that.