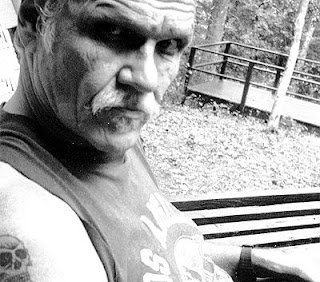 Harry Crews is one of those literary figures whom people either know very well or not at all. If you have read Harry Crews, it is likely that you have devoured most everything he put to paper. Some of it was not so great, but some of it is some of the most visceral, terrifying, and hilarious writing that has ever come out of the South.

I count his memoir, Childhood: The Biography of a Place, among one of the best pieces of Southern writing, period. It is here that we learn where Crews developed his empathy for the scarred, the grotesque, and the physically challenged. Harry Crews, for part of his childhood, was all of those things.

Playing as a young boy, Crews fell into a vat of boiling water with a dead hog. He suffered, confined to a bed for months with severe burns.

Crews also was bed-ridden for six weeks at the age of five, when his legs inexplicably tightened up (it is believed he had Polio), pulling his heels to the backs of his thighs.

I believe that we gain empathy through our own suffering. Perhaps I want to believe this because in childhood, I dealt with a handful of afflictions, mental and physical, which left me exposed to ridicule and scorn. Granted, I was fortunate enough to not live in south rural Georgia in the 1930's (my childhood was a dream compared to Crews'), but through these trials I developed a heightened sense of empathy that I carry with me to this day.

In many ways, Harry Crews was a skeptic. He wrote a great deal about religion -- there was the charismatic, but highly flawed faith healing Evangelical in 'The Gospel Singer,' the snake-handlers in 'A Feast of Snakes' to name a few -- but a running theme throughout all of his books was the search for the truth.

“I think all of us are looking for that which does not admit of bullshit," said Crews in an interview. "If you tell me you can bench press 450, hell, we'll load up the bar and put you under it. Either you can do it or you can't do it—you can't bullshit.”

The loss of Harry Crews is a great loss for Southern literature, for the South, and for literature, period. He was a huge inspiration to me. He dished out a lot of tough love. Through his own personal trajectory, he reminded me that anyone can create art if they work hard enough. He reminded me that a life in which we don't continuously seek the truth is a life that has not been lived fully.

As a tribute to Crews, I have collected some of my favorite Crews passages and quotes from interviews: 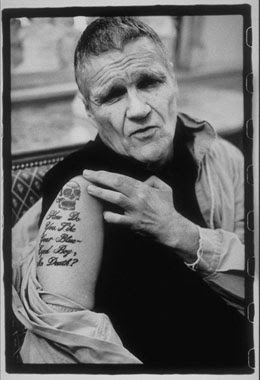 "I know what it's like to have people look at you and [have] their face mirror your own rather dreadful circumstances. That is to say, your freakishness. And there were other times I felt freakish, too. ... When I left the farm and went into the Marines. Here I am, a boy off a farm in Georgia, who, among other things, I didn't know what a pizza was. Never heard of one. Didn't know what pepperoni was. So I go to Paris Island and the Marine Corps, in a platoon of boys from New Jersey, New York. Well, everything about my speech, the idiom of my speech was all wrong."

“I first became fascinated with the Sears catalogue because all the people in its pages were perfect. Nearly everybody I knew had something missing, a finger cut off, a toe split, an ear half-chewed away, an eye clouded with blindness from a glancing fence staple. And if they didn't have something missing, they were carrying scars from barbed wire, or knives, or fishhooks. But the people in the catalogue had no such hurts. They were not only whole, had all their arms and legs and eyes on their unscarred bodies, but they were also beautiful.”
― A Childhood: The Biography of a Place

“If you wait until you got time to write a novel, or time to write a story, or time to read the hundred thousands of books you should have already read - if you wait for the time, you will never do it. ‘Cause there ain’t no time; world don’t want you to do that. World wants you to go to the zoo and eat cotton candy, preferably seven days a week.”

"When I first got out of the Marine Corps, I travelled with a circus for about six months, and it had a freakshow. One guy had a deformity in the middle of his forehead that looked just like an eye, so they billed him as Cyclops. And there was a woman with a beard—I don't mean just fuzz, I mean a black beard. They let me sleep in the back of the trailer, and I remember one morning seeing them alone together. I could cry right now because it was just so sweet. He was kissing her, and she was hugging him, and they were talking about what they were going to have for supper. Now, how is that being a freak? I think it's a man and a woman doing the best they can with what they got. That, incidentally, is my definition of fiction." 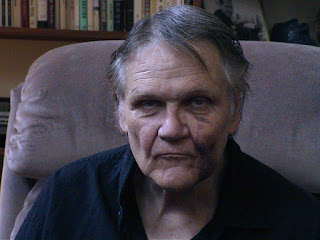