Sorry, But Amendment 1 Is Very Much About Religion

Religion is the third rail of the Amendment 1 debate. Organizations from both sides of the debate have been reluctant to state explicitly that, to many North Carolinians, this really is about religion. 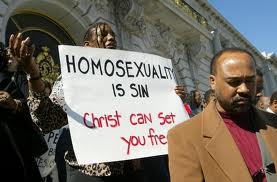 While it's true that it isn't (and doesn't have to be) about religion (at its core it is about codifying discrimination in the NC state constitution), both sides of the debate know the importance of religion in getting out the vote.

Those fighting against the amendment, such as The Coalition to Protect All American Families, are very vocal about pro-equality allies in the faith community, proving that it is possible to reconcile marriage equality with faith.

On the other hand, those in favor of the constitutional same-sex marriage ban (such as Vote For Marriage NC) have not been shy about religion's role in their anti-equality stance.

Take this email sent from Vote For Marriage last week, replete with (groundless) cries of religious persecution, and several flat-out lies intended to invoke fear in the religious:


Preserving marriage is vital for protecting religious liberty in North Carolina. If activists were to redefine marriage for society, citizens, small businesses and religious organizations whose own beliefs are at odds with the new definition of marriage will find themselves subjected to legal consequences if they do not comply with the new definition of marriage. That’s why we need your support to pass the Marriage Protection Amendment on May 8th.

Legal experts on both sides of the marriage debate agree that redefining marriage has profound impacts on society. Scholars from some of the nation’s most respected law schools have written that the issue implicates a host of issues ranging from religious liberty and individual expression of faith, to education and licensed professions. Here are a few recent examples:

• Religious groups who have refused to make their facilities available for same-sex couples
have lost their state tax exemption.

• Religious groups like Catholic Charities in Boston and Washington, D.C. have had to
choose between fulfilling their social mission based on their religious beliefs, or yielding to
this new definition of marriage.

• In Massachusetts, kids as young as second grade were taught about gay marriage in
class. The courts ruled that parents had no right to prior notice, or to opt their children out
of such instruction.

• Christian innkeepers in Vermont and Illinois are being sued over their refusal to make their facilities available for same-sex weddings.

• Doctors, lawyers, accountants and other licensed professionals risk their state licensure if they act on their belief that a same-sex couple cannot really be married.

One of the very reasons our country was founded was to protect religious liberty. Now, the freedom to practice our religious beliefs is under attack. We urge you to join us in protecting religious liberty by donating to this battle to keep marriage between one man and one woman.

As a reminder, you are also invited to join us as we rally for marriage across North Carolina with the Heritage Foundation and the Family Research Council on the Values Bus Tour.

For more information about how you can help defend marriage in North Carolina, visit VoteForMarriageNC.com. Campaigns cost money, and this campaign is in its most critical time for mobilizing our forces. Making a generous donation to protect marriage from radical re-definition is the best way you can help. I hope you will! 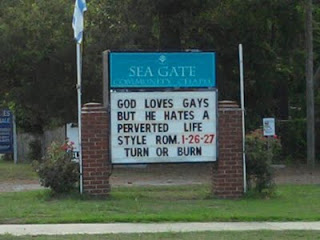 Another Vote For Marriage NC email from late February was written by the president of NC Baptists, and invited recipients to join National Pray For Marriage Day:

The sanctity of marriage is being threatened not only here in North Carolina but throughout our nation. Most recently, the Ninth Circuit Court of Appeals issued its ruling in the federal challenge to California’s Proposition 8, striking down the expressed will of over 7 million Californians who voted to define marriage as only the union of one man and one woman.

As many of you know, the Alliance Defense Fund has led the charge on defending marriage, not only in California but throughout the nation. We would like to invite you to join them this Sunday, February 26th for a day to pray for marriage – praying that marriages across our land will be strengthened, and that God’s design for marriage will be upheld and honored. We also ask that you take this time to pray for marriage in our own state, and that on May 8th voters throughout the state of North Carolina choose to protect the definition of marriage in the Constitution as the union of one man and one woman.

Please click here to find a prayer guide that you can use and pass along to others to inform them about this special day. Also, please consider sharing this with your pastor, Bible study, friends and family, so that as many believers as possible will know and participate in this day of unified, focused prayer.

The future of marriage, both in North Carolina and the nation, is far from decided, and what is happening in California is just another battle in the ongoing war over marriage. Nevertheless, the need for prayer has never been more urgent, for without Christ we can do nothing (John 15:5). We are thankful for the Alliance Defense Fund and its tireless effort to protect marriage as the union of one man and one woman.

We are working diligently to pass the Marriage Protection Amendment on May 8th so that marriage will be preserved in our state Constitution. We cannot sit back while activists redefine marriage for all of us. We need your support to win this fight.

Please visit www.VoteFORMarriageNC.com to donate, volunteer and get involved.

With your support, we can protect marriage in North Carolina.

The email containsa link to a PDF "prayer guide" featuring the following text:


The institution of Marriage is under severe attack in our culture today. Will you join in a nationwide day of unified, focused prayer for Marriage in America?

Praise God for the impact of Marriage:
• Thank Him for how marriage refines our character, creates stable community for the birth and nurture of children, and unites men & women in an enduring whole-life union.
• Thank Him for giving the distinct, irreplaceable gifts a mom and a dad each uniquely bring to children, through marriage.

Pray for the marriages in your community:
• For healing, restoration, and divine protection over the relationships between husbands and wives in your church, neighborhood, and among your friends and family.
• That Christians will hold fast to the Biblical truth about marriage and boldly stand up for children, who are most protected and impacted by marriage.

Pray for the future of Marriage:
• For the nation to uphold the truth that marriage between one man and one woman is the foundation of society and the best environment for raising children.
• For Americans to remember the damage already done to marriage in our society, and how that has hurt children.

Pray for God’s design for sex and sexuality in Marriage:
• Pray for sexual purity; that sex will be reserved for marriage, and celebrated in marriage.
• Pray for those hurting and suffering from going outside of God’s plan for sexuality.
• Pray for sexual fidelity and faithfulness between husbands and wives.
• Pray for children’s innocence to be protected from false sexual indoctrination in schools.

Pray for victory in the lawsuits and legislation that threatens to undermine Marriage:
• Perry v. Brown – a lawsuit to redefine marriage by creating same-sex “marriage.”
• Bishop v. United States – a lawsuit to overturn our nation’s highest law about marriage.
• Brown v. Utah – a lawsuit to legally recognize polygamy.


Whether we like it or not, it's about religion, folks. And while people take their faith very seriously, it's not necessarily a bad thing that religion is playing such an important role here. 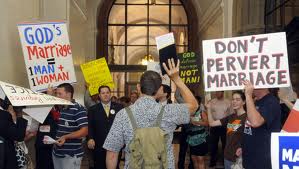 The purpose of the Establishment Clause of the Constitution is "to prohibit 1) the establishment of a national religion by Congress, or 2) the preference by the U.S. government of one religion over another." It's quite clear from the language used by Amendment 1 supporters that their beliefs are deeply rooted in a specific brand of religion. I certainly don't share their views, nor do many other North Carolinians who either are not religious, or whose faith may not endorse discrimination. While the legislation itself steers clear of religious language, it's important that we are aware of the religious roots of anti-LGBT sentiment, and the fact that so many organizations and individuals are openly citing religious belief as the source of their beliefs on marriage.

The word 'sanctity' which is so often used by supporters of the amendment is at its core a signifier of religious belief: "the state of being holy (perceived by religious individuals as associated with the divine) or sacred (considered worthy of spiritual respect or devotion; or inspiring awe or reverence among believers in a given set of spiritual ideas). In other contexts, objects are often considered 'holy' or 'sacred' if used for spiritual purposes, such as the worship or service of gods."

Our constitution should never be a place to a) enshrine discrimination against any group of citizens, or b) codify religious beliefs in the public sphere. Constitutions should protect us from these very things -- anything else is not quite a democracy, and a far cry from the wall of separation envisioned by America's founders.

While I understand the reluctance for the anti-Amendment 1 groups to turn this into a religious debate, ignoring it doesn't make it go away. We need to lift up the hood and really understand why we feel the way we do about Amendment 1. If we are honest with ourselves, and if our faith is keeping us from voting against the Amendment on May 8, we are very likely validating our own prejudices and feelings with scripture that is not being appreciated in the appropriate context, and we are most definitely proposing legislation that is not in keeping with the intent of our constitution.

We need to remember, and remind others, that the definition of marriage has changed over the course of human history. The institution itself is older than any of the three Abrahamic religions.  Enshrining the current snapshot of the Judeo-Christian definition of marriage in our state constitution is indeed a permanent endorsement of very specific religious ideology in our state's supreme legal document.

No matter what your faith, it should be easy to admit that this is a rotten idea.